This article was published by IRIN, the UN’s press service, on March 3

BEIRUT, 3 March 2014 (IRIN) – A few weeks ago, the head of security for a charity in Lebanon got the kind of call you never want to get. “One of our staff has been kidnapped,” the voice on the other end said. “She was at a checkpoint an hour ago and no one has heard from her since.”

The panic turned out to be misplaced – the woman had taken an unexpected turn and had forgotten to radio in – but it indicates the difficulties of working in an increasingly violent country.

Lebanon has averaged over a car bomb per week so far in 2014, with the majority on the outskirts of the capital, Beirut. The alleged culprits have largely been al-Qaeda-affiliated groups often targeting areas traditionally run by the Shiite political party Hezbollah, which is fighting in Syria on behalf of President Bashar al-Assad. On top of this, there have been a string of kidnappings in recent years, while the country’s second city Tripoli is trapped in a low-level civil war.

For a country that underwent a relative period of peace from 2007 until late 2012, the uptick in violence over the past 18 months has been severe, with fears of a return to the civil war that tore the country apart from 1975 until 1990.

At the same time, hundreds of thousands of Syrian refugees have fled the civil war next door (UNHCR has registered over 935,000 in Lebanon). To adjust to this, most charities in the country have scaled up their operations rapidly. The Danish Refugee Council (DRC), the largest NGO in the country, had 15 Lebanon staff when the Syria crisis started in early 2011. Currently they have more than 500.

Trying to manage these huge increases in operations while ensuring staff are kept safe has been a challenge that requires increasingly complicated responses. The primary move has been to scale up their security teams: until 2012 almost no NGOs had dedicated international security experts, now the bulk of major NGOs do.

I co-wrote an interactive guide to the new Lebanese government, briefly profiling each of the 24 ministers.   Have a look here

This article was published by IRIN, the UN’s press service, on February 4

BEIRUT, 3 February 2014 (IRIN) – Ali Al Wasate may only be 13, but he has been forced to grow up. No longer in school, he has begun the painstaking search for work to help his family pay the bills in Beirut, Lebanon.

It was not always this way. When he was younger, living in Baghdad, his stepfather Ahmed had a well-paid government job, and Ali attended a good school. Nine years after the US-led invasion of Iraq, they felt that they had survived the worst of the situation. Then one day, everything changed.

“I was coming home from work one day, and two men with beards were waiting,” Ahmed said. “They accused me of being a spy and told me to leave the neighbourhood before it was too late. I asked them who sent them, but they told me it was dangerous to ask those kinds of questions.”

Convinced their lives were at risk, the Wasates packed up and fled to Lebanon. There, they became part of a small community of between 6,000 and 7,000 Iraqi refugees awaiting resettlement in a third country.

The family wanted Ali to continue studying, but when they started looking for a place to enrol him they were struck by the country’s high prices. Basics in Lebanon, such as rent, are often more than double the cost of those in Iraq. “We brought money that we thought would last two years. It was gone in six months,” Ahmed said.

END_OF_DOCUMENT_TOKEN_TO_BE_REPLACED

This article was published by IRIN on 15 January

These are worrying times for Lebanon; in late December a bomb exploded in the capital, Beirut, killing a former finance minister as well as at least four others. Days later, on 2 January, a car bomb in a southern suburb of the city killed five.

Though the attacks were far from the first to afflict the country, they did suggest that 2014 could be another difficult year as the small Mediterranean state seeks to maintain a fragile peace.

The country is in many ways a prisoner to wider regional trends; the civil war next door in Syria is increasing tension at home, while the political and sectarian polarization seen across the Middle East is playing out in the religiously diverse state. The country is also approaching political paralysis; it has gone without a government since March 2013, as the two rival factions, 14 March and 8 March, engage in seemingly fruitless negotiations.

In this context, one could forgive Lebanese for not wanting anything else that might cause further dispute. The Special Tribunal for Lebanon (STL), due to finally start on Thursday, is just that.

This article was originally featured in The Times Education Supplement

The clouds in Lebanon’s eastern Bekaa region may be darkening as the winter storms set in, but Ahmed Saab shows few signs of negativity.

Gesticulating widely, he swings open a door to a room full of smiling children, who promptly stand to greet their headteacher. “These are the second years,” he says, eliciting a sharp communal rebuke. “Sorry, third years,” he laughs.

The leader of the informally named Syrian School of Baalbek has a new spring in his step. Only a few months ago, he had been resigned to losing the institution he founded and that for a year had provided 200 refugee children with their only education. Now an innovative campaign – which crowdsourced the school’s first proper funding – has given him and his students fresh hope.

The story goes back 18 months to when Mr Saab, a newly arrived refugee who had been a headteacher in the central Syrian city of Homs, first noticed dozens of aimless young Syrian refugees on Baalbek’s streets. He started to ask the children why they were not in school.

This article first appeared at Executive Magazine on 14 January 2013

When Riad Salameh, the governor of Banque du Liban (BDL), Lebanon’s central bank, announced in November $800 million for a new stimulus package to help the economy grow in 2014 — he was perhaps guilty of overstatement. While there will be $800 million made available, what Salameh neglected to mention was that $468 million of it was actually unused money from 2013’s stimulus package which will be rolled over. As such, just $332 million of purely new money will be extended, less than 1 percent of gross domestic product (GDP).

While Salameh was quick to stress that the primary reason for not releasing more money was fear of inflation, there are other factors that may have caused him to ease off. Put simply, the impact of the first stimulus package remains unclear, while the general weakness in the economy and low levels of confidence mean that the positive effect of any new round of stimulus is likely to be muted. In such a climate, and with the ongoing political impasse showing no signs of easing up, the governor is faced with the unenviable task of again shouldering the burden of moving the economy forward with limited tools.

Read the rest of the article here: 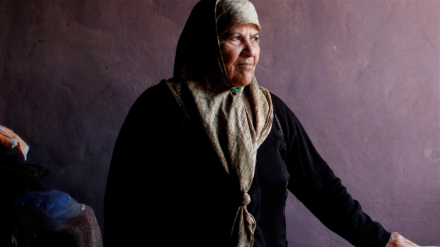 This article originally appeared on IRIN, the United Nations’ press wire. “If they throw us out, we will end up in the sea,” Zahar Sayed Ghadbaan says, her anger not entirely disguised by the joking tone. “We have nowhere else to go but here,” she says, gesturing towards the small hand-built home with a corrugated iron roof. The Ghadbaan family is one of 75 in the Palestinian gathering, or informal settlement, of Qasmiyeh in south Lebanon, where they are living with the prospect that their homes might be destroyed. Like many of Lebanon’s estimated 280,000 Palestinians, the family came to the country in 1948 after being evicted from their homes by Israelis. Now, 65 years later, they could be facing a second eviction. Qasmiyeh, unlike other areas where Palestinians have established homes, is not part of an official refugee camp run by the United Nations Relief and Works Agency for Palestine Refugees in the Near East (UNRWA). There are 12 such camps, recognized by the Lebanese government as holding official status under UNRWA management and the residents are protected against eviction. Read the rest of the article here 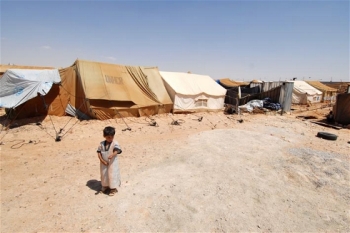 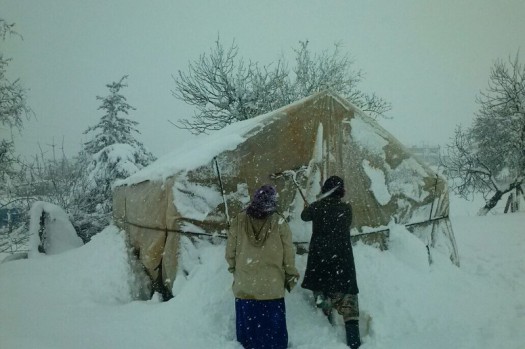 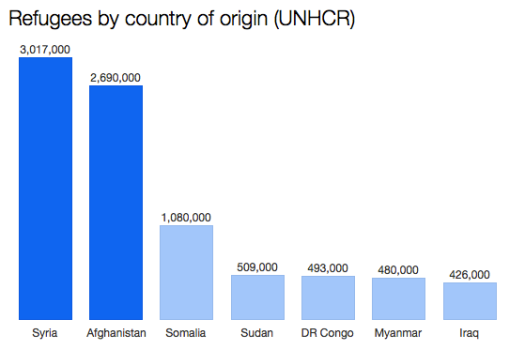 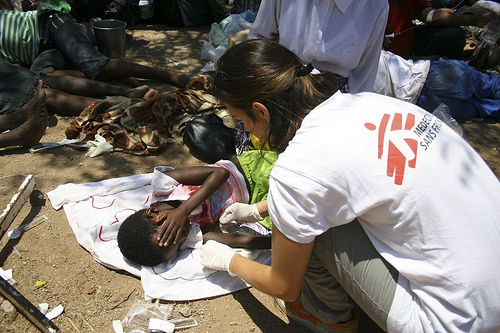 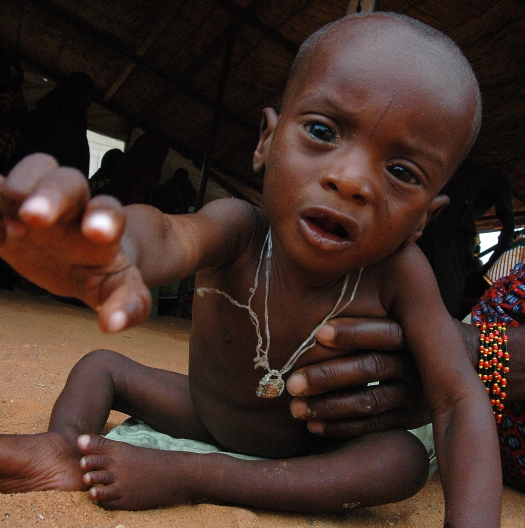 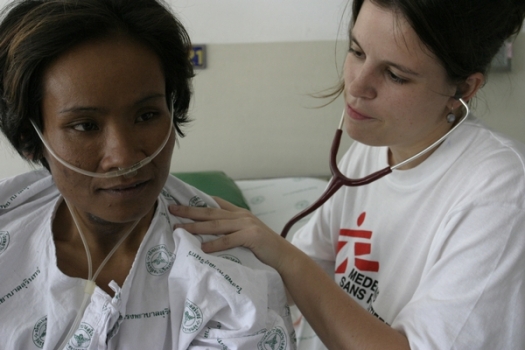 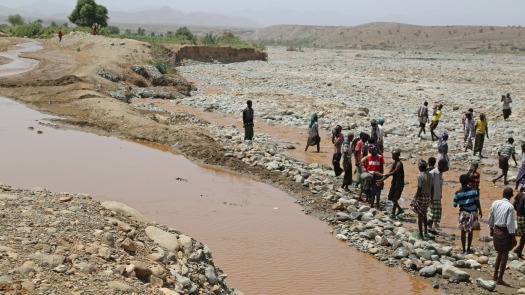 This investigation was originally published in Executive Magazine.

Lebanese politicians are the least trustworthy in the world, or so its people think — in last month’s World Economic Forum’s Global Competitiveness Report the country scored 148th out of 148 in the ‘public trust in politicians’ category. The oil and gas industry is among the world’s most secretive, with Middle Eastern countries among the least forthcoming with their information, according to the pro-transparency group Revenue Watch.

Put these facts together and it is perhaps no surprise that many Lebanese are confident that any gains the country makes from offshore hydrocarbons will end up not in the new schools and transport networks the country so badly needs, but in the back pockets of the political classes. Assuaging these fears may be difficult, but if Lebanon’s politicians and policymakers are serious about doing so then being open and transparent in the process is the easiest route.

While political meddling has temporarily delayed the march toward extracting offshore resources, so far Lebanon’s Petroleum Administration (PA) has shown an admirable commitment to transparency. All of the representatives on the six-member body — charged with negotiating Lebanon’s agreements with international oil companies — come with international hydrocarbons backgrounds and, transparency groups say, have begun their operations in an open manner.

But while the PA may have been striving for transparency, there are questions being asked about the process by which Lebanon’s negotiations are being run by caretaker Energy and Water Minister Gebran Bassil.